When metaphors slide the scalp
back to its abyss of bone. When the simile
proves like more human than is.
When you heard the metal rod striking
bone. Yes, it is bone. The palate halved.
The tongue is bough, gallow, thread.
Do you look away from the two-legged words
within the bus? Do you see a man’s fear
gripping the wheel, turning the machine
into an elegy going back on its own words?
The long road jerks into devastation
high as jungle palms & plane trees.
When the parrots disappear & nothing,
not even air, will beat death into the men
who breathe it. When they force her
friend to watch, making him beg
with a woman’s voice. I am begging
you. When the scenery, it is the world
cut out from flesh, moves inside
the body. When the men are inside
the body, they do not see their mothers,
sisters, daughters standing
in the withered stairwell.
Later, those mothers will beg the world
to spare their sons from execution.
Their sobs tear the jet hair
from their own stained scalps.
It was no dream. The men lifted themselves
like torches through her
screams. When they come
to believe they are more ether
than bruise. I am begging you.
When the woman they have eaten
carries the likeness of the universe
in her belly they have smeared
with meat. When the wheel turns
away from the paved country,
the angels strain like mosquitoes
on the windshield. The opal shadows
of insects buzz in the skull.
When only God may look
at the blur within &
know there is nothing fast enough
beyond those windows,
nothing dead enough out there
to forgive. (2012)

Carry me waking across the world
where, in Nice, strawberries ripen
in a wooden cart. The morning yawns
azure beyond the fruit sellers.
The Mediterranean beckons
to fishermen & stones.
Pleasure bursts into froth,
white & cold enough to drink.
I’ll go everywhere. Why not? Kyoto,
Rome, Paris, Port-Au-Prince.
Back in Brooklyn, a woman murmurs
in her bed while I feast. What we taste
in sleep we carry back to our bodies,
lingering in the hunger the world
gives us. Each day like an eyelid,
a mouth still & open, wanting
oranges, earth, & strong coffee. 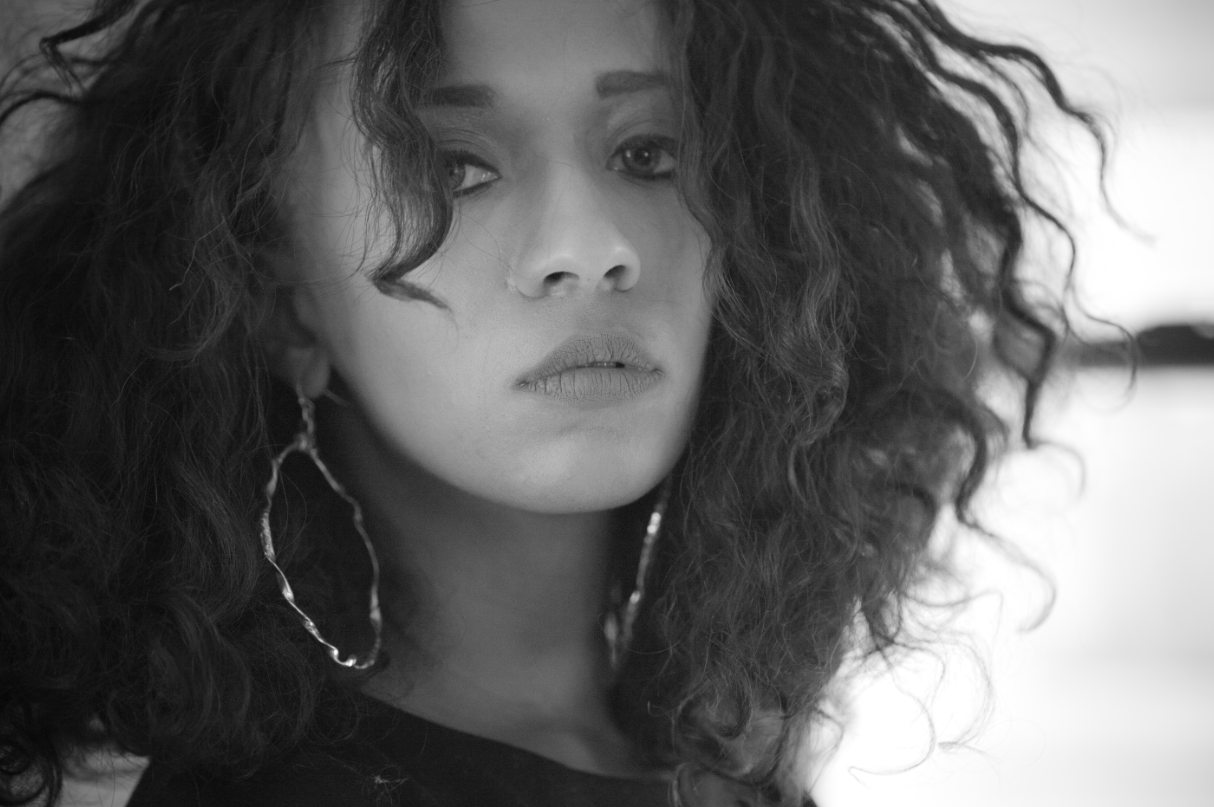 Rachel Eliza Griffiths is a poet and visual artist. Her forthcoming collection, Lighting the Shadow, will be published by Four Way Books in 2015. Currently, Griffiths teaches creative writing at Sarah Lawrence College and lives in Brooklyn. Please visit: www.rachelelizagriffiths.com.