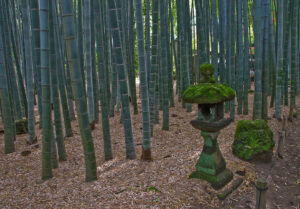 slight breeze
a boat separates
from the dock

since I moved
to California the birds
sing of Texas

the sound of a bell
crawls over the hills
evening twilight

the moon presses down
on the wetlands
mist rises

David Watts’s publications include seven books of poetry, three collections of short stories, two mystery novels, seven western novels, a Christmas memoir, and several essays. He is a physician, musician and past Radio/TV personality. His haiku have appeared in Hedgerow, Modern Haiku, Creatrix, The Bamboo Hut and Akitsu Quarterly among others.

Eight dollars an hour
Can you feed your kids with that?
Can they live on dust?

Earth is fine. It’s us,
We’re the sick ones. Greed chops up
our veins like carrots.

When I fell in love,
it was forever. Blessing?
Curse? Rug and ceiling.

Issa and I on a train.
No depot, no arrival,
many opening buds.

That’s me, tied to the
train track screaming—until I
see the train is clouds.

David Bowie died.
His songs visit me. We have
iced tea on the porch.

Spring in a coffin
looks fresh, yet dead. I touch
the corpse and wait.

depends so much
upon thoughts

of your neighbor’s bantam rooster
Hamlet

how they strut alongside
the quiet road

in the low sun’s
gold

Stephanie L. Harper is a recently transplanted Oregonian living in Indianapolis, IN. Harper is the author of the chapbooks This Being Done and The Death’s-Head’s Testament. Her poems appear or are forthcoming in Slippery Elm Literary Journal, Panoply, Whale Road Review, Moonchild Magazine, North Dakota Quarterly, and elsewhere.

I see only sky
the geese
a flight path

a blizzard swirls
around the redbird tree
snowglobe

throwing away
the colored tinsel
I rethink old ideas

after the divorce
she speaks
in singular mode

power outage
this silence
should have a name

David Watts (again) arrived to poetry mid-life, expanded into short stories, NPR commentary, novels and now haiku. Formally trained as a musician and medical doctor. Lecturer in poetry and in the humanistic values of medicine.

fading world—
shadows of the hills
during sunset

in a dark place
a bluebonnet rises
from dead leaves

Luke Levi graduated from Texas State University with a Bachelor of Business Administration in Finance. His haiku can be found in Humana Obscura’s spring/summer 2021 issue. You can often find him sitting outside, listening to birds singing in the Texas Hill Country.

this itch to slither
pith of stars,
slung like a sling-
shot from the cosmos

Pamela Gemme is a poet, political activist, and and the art editor of the forthcoming Essential Voices Anthology Borderless Books WVU. She lives in Boston Massachusetts., Recent or forthcoming publications include The American Journal of Poetry, Haiku Journal, The Chicago Quarterly Review, Heliotrope Anthology, J Journal, Eclipse Literary Journal, The Ghazal Page and many others.

Or should I say my
Memory is partial,
The heart of it gone

Turning it to red

Seven syllables –
Reader, I tried, I
Cannot finish it

Bill Hollands holds degrees from Williams College, Cambridge University, and the University of Michigan. He is a teacher and poet in Seattle, where he lives with his husband and their son. His poems have appeared or are forthcoming in Rattle, Hawai`i Pacific Review, The Summerset Review, 3Elements, PageBoy, and elsewhere.

Cut and recycle
A kinetic parity
Like a homonym

Bright as the noon sun
On-kilter and somatic
Pretense, strike me down

Violeta Garcia-Mendoza is a Spanish-American poet, writer, and photographer. She is a member of Carlow University’s Madwomen in the Attic Writing Workshops and a reader for Split Rock Review/Press. Her work has been nominated for a Pushcart Prize and has recently appeared or is forthcoming in Peatsmoke, The Dewdrop, and Saint Katherine Review. Violeta lives with her family in Western Pennsylvania.