WHAT THE WOMB ISN’T — Jessica Lopez

the womb isn’t your cemetery

your fire escape, your sticks

it isn’t without fire, without magnanimous

thunder roar nor the strength of eggshell around embryo

it is all things physics

it is all things holy and unholy

the convex and concave

the womb isn’t your political bastard

it is Corn Goddess

of the good filth

and maker of man

it is the last blood kernel

protected by the husk 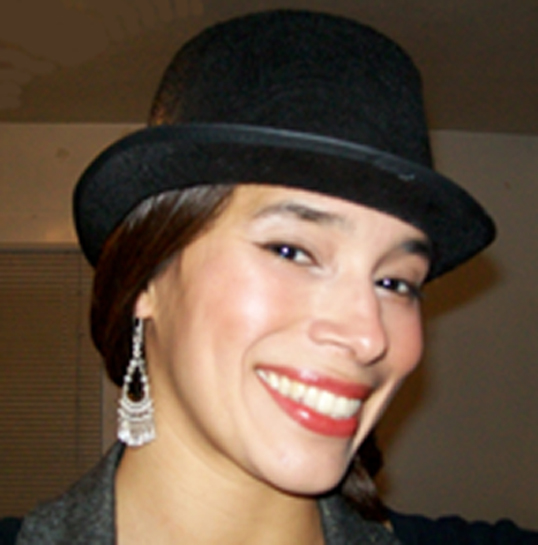 The first Chicana poet to be elected as the Albuquerque City Poet Laureate, Jessica Helen Lopez will hold this tenure from 2014-2016. Recently listed as 30 Poets in their 30’s by MUZZLE magazine, Lopez is a nationally recognized award-winning slam poet, and holds the title of 2012 and 2014 Women of the World (WOW) City of ABQ Champion. She’s also a member of the Macondo Foundation. Founded by Sandra Cisneros, it is an association of socially engaged writers united to advance creativity, foster generosity, and honor community. Her first collection of poetry, Always Messing With Them Boys (West End Press, 2011) made the Southwest Book of the Year reading list and was also awarded the Zia Book Award presented by NM Women Press. Her recent chapbook, Cunt.Bomb. is published by Swimming With Elephants Publication. She is the founder of La Palabra – The Word is a Woman collective created for and by women and gender-identified women. Lopez is a Ted Talk speaker alumni and her talk is entitled, Spoken Word Poetry that Tells HERstory. You may find some of Lopez’s work at these sites –LaPalabra.abqnorthwest.com, thebakerypoetry.com, and asusjournal.org. Her work has been anthologized in A Bigger Boat: The Unlikely Success of the Albuquerque Slam Scene (UNM Press), Earth Ships: A New Mecca Poetry Collection (NM Book Award Finalist), Tandem Lit Slam (San Francisco), Adobe Walls, Malpais Review, SLAB Literary Magazine and the upcoming Courage Anthology: Daring Poems for Gutsy Girls (Write Bloody Press).