on July 4 | in Poetry | by admininfin8 | with No Comments

Oh, Carry Nation, she’s the one I love.

To chop down Satan’s pillars.

When booze starts oozing through the land

And beer, that belching dragon,

Our Carry lifts her hatchet hand

And wham! we’re on the wagon.

She empties kegs down to the dregs.

With gaze ablaze and flashing,

She chops and chops up bucket shops—

I tell you, boys, she’s smashing.

No drink but water she abides.

She quaffs with laughter hearty,

Though something of a sobersides

When at a cocktail party. 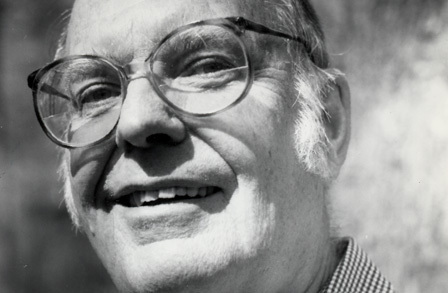 XJ Kennedy, known to his friends as Joe, was born in Dover, N. J., on August 21, 1929, shortly before the crash of the stock market. Irked by the hardship of having the name of Joseph Kennedy, he stuck the X on and has been stuck with it ever since.

Kennedy grew up in Dover, went to Seton Hall (B.Sc. ’50) and Columbia (M.A., ’51), then spent four years in the Navy as an enlisted journalist, serving aboard destroyers. He studied at the Sorbonne in 1955-56, then devoted the next six years to failing to complete a Ph.D. at the University of Michigan. But he did meet Dorothy there.

He has taught English at Michigan, at the Woman’s College of the U. of North Carolina (now UNC Greensboro), and from 1963 through 1978 at Tufts, with visiting sojourns at Wellesley, U. of California Irvine, and the U. of Leeds. In 1978, he became a free-lance writer.

Recognitions include the Lamont Award of the Academy of American Poets (for his first book, Nude Descending a Staircase in 1961), the Los Angeles Book Award for poetry (for Cross Ties: Selected Poems, 1985), the Aiken-Taylor Award for Modern American Poetry (given by the University of the South and The Sewanee Review), Guggenheim and National Arts Council fellowships, the first Michael Braude Award for light verse (given by the American Academy & Institute of Arts & Letters to a poet of any nation), the Shelley Memorial Award, the Golden Rose of the New England Poetry Club, honorary degrees from Lawrence and Adelphi universities and Westfield State College, the National Council of Teachers of English Year 2000 Award for Excellence in Children’s Poetry, and in 2004 the Poets’ Prize (for The Lords of Misrule: Poems 1992-2002). In 2008 his new and selected poems, In a Prominent Bar in Secaucus was a Notable Book of the American Library Association. In spring 2009 the Poetry Society of America gave him the Robert Frost Medal for lifetime service to poetry.