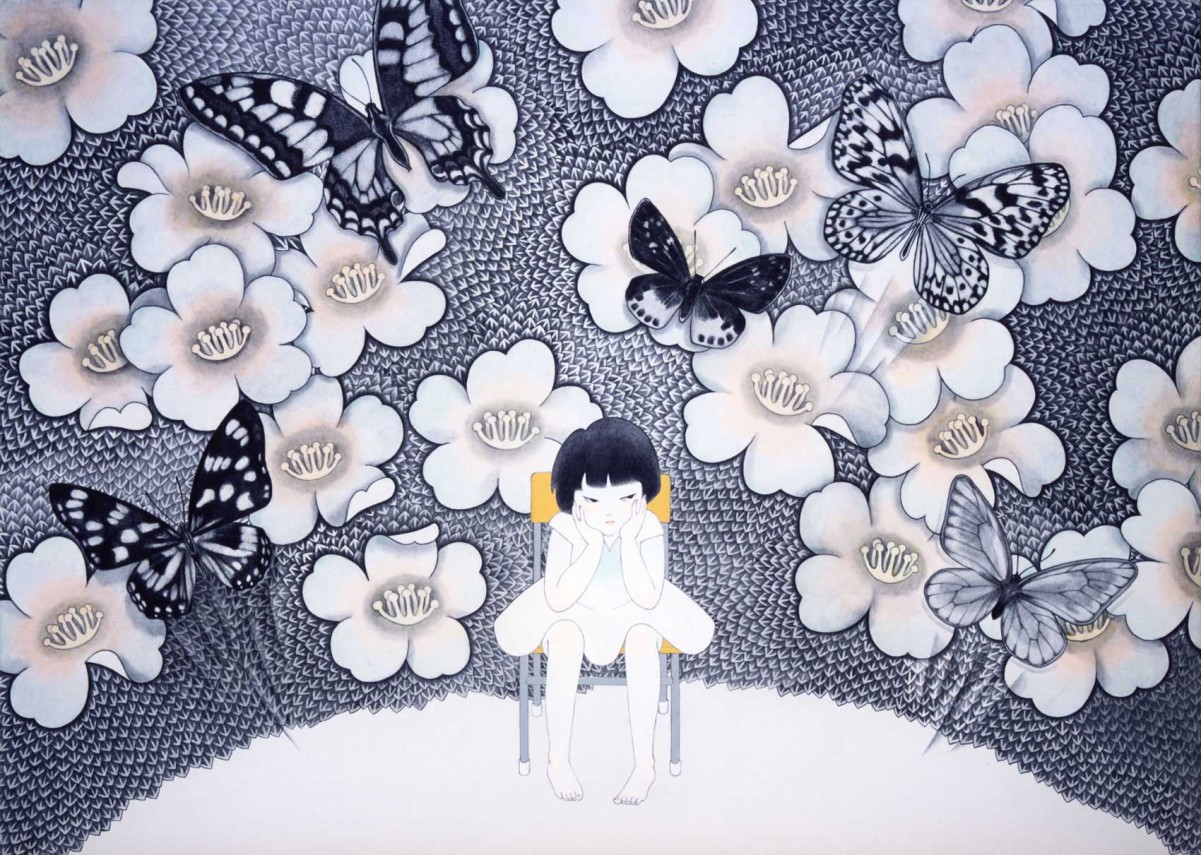 yucca petal
thrown upon the sword
of its own leaf

scrub jay
so wet it’s mistaken
for a stellar’s

in the dark of night,
under fishtail fern, an ant
walks across my neck


Justyn Hegreberg is a visual artist and writer based in Portland, Oregon. Their work has been shown in San Francisco, Portland, Seattle, New York, Miami, Helsinki, and in New American Paintings #115. They founded a 252 square inch gallery on the table beside their bed. Bedside Gallery shows small work and publications from artists and writers from around the world.

A happy garden–
colorful toys on the floor,
my daughter laughing

the fickle curtains–
my daughter plays peek-a-boo,
her life as a moth


Joseph E. Petta is a lifelong resident of Bergen County, NJ, where he grows his daughter and the occasional heirloom tomato. Formerly a librarian at Passaic County Community College, he currently teaches composition, reading, and library research skills at Felician University. He was inspired to write haiku so many years ago by the unadorned imagist poetry of William Carlos Williams.

“And Alan Ginsberg’s back in town talking about god a lot.”
— Frank O’Hara

through our ecstasy’s
soft afterglow, my boy’s wife
bellows a hard, No!

The past, a molted

Snakeskin that misses itself

On the brightest day—

He stepped on the porch

Her heart, a covey of quail

Memories of her touches

To those sometimes distant moods,


Greg Sellers completed his undergraduate studies in English at Louisiana State University and holds a MFA in Creative Writing from Arizona State University and MLIS from the University of Alabama. His poems have appeared in Poetry, New Letters, Interdisciplinary Humanities, Zócalo Public Square, Spiritus, The Journal of Wild Culture and elsewhere. A recipient of a Ruth Lilly Poetry Fellowship and Mississippi Literary Arts Fellowship, Sellers lives with his family in Vicksburg, Mississippi, where he is the administrative librarian at Hinds Community College.

she touches me
with her eyes
a well-meaning alligator

her dress in the wind
a meadow rolled sheer
flattened flowers

tattered bird
begs the ground before
a homeless person

a hole widening
her chest
a bird’s nest

Catriona Shine is an Irish writer, living in Norway, where she is also a practicing architect. She writes novels, short stories and Haiku. She was a runner up in the IAFOR Vladimir Davidé Haiku Award 2017 and her Haiku will be published in the coming anthology. That will be her first publication. Her novel-in-progress won the Penfro First Chapter Competition 2016, and was shortlisted in the TLC Pen Factor Writing Competition 2016. She is represented by Laetitia Rutherford of Watson Little in London.

never simulate half an orange

Even the street lights

a rainy May day

The waxing May moon

sails amid the clouds – how soon

from new to full

The journey from home

to dojo, one hour by train,

begins with one step

I smell the rotting mussels

dropped on the road by gulls

George Held has published more than 150 haiku, several of which have won prizes. His chapbook, Dog Hill Poems, his twentieth poetry collection, is forthcoming in 2017.
A retired Queens College professor, Held was a Fulbright lecturer in Czechoslovakia for three years and now serves on the executive board of The South Fork Natural History Museum, in Bridgehampton. His poems, stories, translations, and book reviews have appeared widely, in such places as Commonweal, Confrontation, New York Quarterly, 5AM and The Notre Dame Review. Garrison Keillor read one of Helds’s poems on NPR. An eight-time Pushcart Prize nominee, Held has had poems included in over three dozen anthologies. His twentieth collection of poems is Neighbors: The Water Critters (Filsinger & Co., 2015). geoheld7@gmail.com