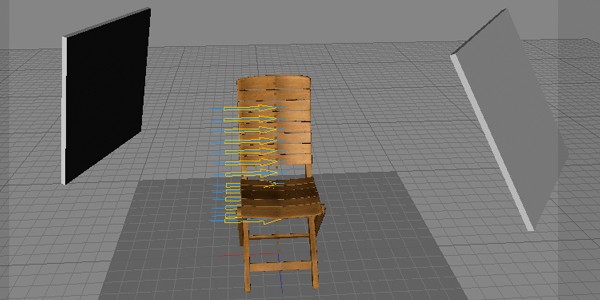 She sat the wooden chair against the wall. It was old and rocked back and forth dangerously. She stood about 5 feet back from it and fell deep into a singular thought. Visions flashed in her mind of the previous day and of just how beautiful it was. The red and yellow leaves littered the ground. A small group of butterflies fluttered through the air. It was an unprecedented 75 degrees that fall day.  She snapped suddenly out of her thought.  With a slow gait, she walked to the chair and stood on it. It shifted back and forth. She peered down from the chair at her perfectly organized living room. It was immaculate. People could judge her by this. Immaculate is what she strived for when she scrubbed the floors, cleaned the tables and dusted the cobwebs out of the corners. A delighted, small, quick smile materialized where her frown-shaped lips once were.

Then she put her neck into the noose and kicked the chair from underneath her feet. She swung peacefully for hours.  No one was going to come then. Two weeks passed before a stranger happened upon her house– alerted by a horrid smell. The stranger called the police. Then he entered the house and saw a terrible sight. In a panic, the man took up the old chair and hurried home. He would leave the body to the police. When he arrived,  he put the chair at his kitchen table. With a painful hunger sinking into his belly, he slammed a bowl down onto the table and poured in cereal and milk. The man took a seat on the rickety wooden chair and began eating. Under his weight the chair broke in half, splintering into pieces. He sat on the floor, reached up grabbed his bowl, brought it to the floor and finished his meal.

Mikial Millard  is graduate of Bloomfield College, where he studied Creative Writing.  Aside from being a writer,  he is also an artist.