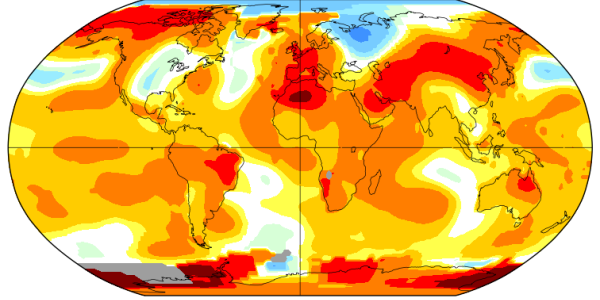 gypsy moths ate the trees bare
December in June. Frass rained
down on us instead of water
at night it sometimes fooled us.

mice sneak into the house looking
for water. Grass is dry dandruff
hard earth the sun pounds like a drum
This summer sucks

the energy from us, muscles
limp as the sagging leaves
senators debate climate change
the trees know all about it.

WE THINK WE ARE LESS FOOLISH

“All things are full of gods”is attributed to Thales, an early
Greek philosopher who was the first to predict eclipses.

Perhaps if we could just believe
this, we’d respect the earth more.
We would not frack or poison her
soil and air or set her water on fire.

in general, we lack respect
even for each other let alone
cats and dogs we execute a million
at a time in so called shelters.

We would not poison bees
so agribusiess could make more
money. We’d shut down nuclear
radiation plants before they shut

us down. We’d behave with an eye
to future generations How circum-
spect we’d be with our huge waste.
All things are far more godly than us.

THE WEATHER CHANNEL FAILS US

Longing for rain, wishing for it:
when the wind swishes through dry
leaves at night I imagine showers.

A month of drought, brown grasses,
even the marsh reeds tipped half
the perennials seared to stalks.

Dunn’s Run is just a trickle between
banks like sore gums. Pollen loads
the air and we sneeze convulsively,

humans, dogs and cats all, even
foxes. Crickets like an amateur
orchestra of slightly offkey piccolos

flourish but birds are thirsty too.
The air smells burnt on parched
mornings. Dust’s our changed climate.

Poet, novelist, and essayist, Marge Piercy was born in Detroit, Michigan, on March 31, 1936. She won a scholarship to the University of Michigan and was the first member of her family to attend college. She subsequently earned a master’s degree from Northwestern University. She has published numerous books of poetry, including Made in Detroit (Knopf, 2015), The Crooked Inheritance (Knopf, 2013), and The Hunger Moon: New and Selected Poems, 1980-2010 (Knopf, 2012). She is also the author of a collection of essays on poetry, Parti-Colored Blocks for a Quilt (1982), and many novels, including Sex Wars: A Novel of Guilded Age New York (William Morrow, 2006). Piercy is dedicated to exploring the interstices of ideology and aesthetics by way of Marxist, feminist, and environmentalist strains of thought. “To name,” she writes, “is not to possess what cannot / be owned or even known in the small words / and endless excuses of human speech.” She edited the poetry anthology Early Ripening: American Women Poets Now (1988), and is currently the poetry editor of Tikkun. In 1990 she collaborated with Nell Blaine, a painter, on a book entitled The Earth Shines Secretly: A Book Of Days, which featured Piercy’s poetry and Blaine’s artwork. Piercy lives with her husband, writer Ira Wood, in Wellfleet, Massachusetts.