» Creative Nonfiction & Memoir » MALE VIOLENCE: ARE WE PRISONERS OF MASCULINITY?...

MALE VIOLENCE: ARE WE PRISONERS OF MASCULINITY? — Quassan Castro

Men and boys have become increasingly violent. Within the last 13 years, all too common is the scenario of a male entering a public place, shooting folks and taking his life or that of other human beings. Imagine the terror in the eyes of the innocent as they are violently confronted by the wounded male. A few days ago, Roswell school shooter Mason Campbell was deemed competent to stand trial during a hearing. The 12-year-old had allegedly fired several shots from a gun on January 14. Two students, Nathaniel Tavarez and Kendal Sanders, were severely wounded in the shooting.

The remedy for ending male violence does not solely lie in ridding the world of guns or calling for tougher gun laws that seek to minimize the visibility of guns. While calling for tougher gun laws is a conversation that should take place, we also need to have a dialogue about the suffering emotional lives of boys and men. A conversation about healing the emotional lives of boys and men is often the meal less desired. Like discussions of religion and sexuality, discussions of the emotional well being of males stir up uncomfortable feelings for some.

From boyhood we are taught to be strong as men. We are taught to “tough it out” when faced with hurt. We are taught that our emotional self can dominate over our physical self. We are taught if one hits or strikes us, we must not be weak; we must strike back or be labeled as a “punk” or a “sissy.”  We are also taught that we are to dominate others. I cannot discuss the male violence trend without speaking of patriarchy. When boys break free from identifying with wayward notions of masculinity, they are severely punished in a system of societal patriarchy, such is the case of 9-year-old Grayson Bruce who was harassed at school for carrying a My Little Pony backpack, which he uses as a lunch box.

Patriarchy is a political-social system that insists males are superior and everyone else is weak. Patriarchy enforces domination over the weak through various rituals of inflicted psychological wounds and violent impulses.  One alarming aspect of patriarchy is the teaching that suggests males must not feel or express pain. This aspect of patriarchy suggests males should avoid emotional connectedness. When boys come home self-expressive, beaten or too emotional, a system of patriarchy mourns. The male learns to suppress his feelings and emotions at all cost in a system that punishes an emotionally expressive male.

When we decide to ignore all factors that contribute to men and boys violent impulses, we are enforcing patriarchy. The wounded male that has not healed of patriarchy is more prone to enter into public places and kill in moments of rage.  Healing the wounded male spirit should be an all inclusive community affair.

Patriarchy violates the male psyche and spirit, which undermines and prevents the emotional well being of males from a path of healing.  It creates a culture where male pain remains stifled. Nihilism coupled with patriarchy is a recipe for an explosion inside of the hurting male. He hurts, so he hurts others. Let us expand our conversation as it relates to what we need to do as Americans to stop these violent shootings, which have unfortunately become a trend. We cannot continue to discuss men obsession with violence without discussing the emotional lives of boys.

Feminism is the one consistent place where patriarchy is challenged.   Until healing the emotional lives of males become just as important as the air we breathe, we will continue to be undermined by patriarchal thinking. One thing I understand as being certain is until we confront and seek to not only have conversations about patriarchy but to eradicate the system, we will continue to experience massive shootings from men and boys with stifled pain. 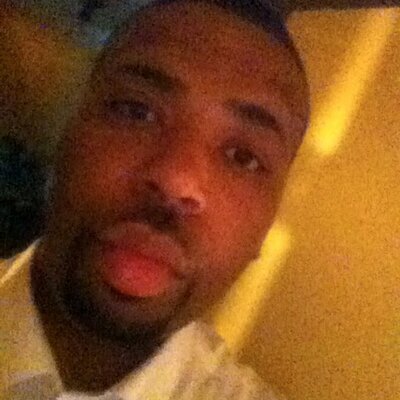 This piece was published previously in Huffington Post and used with permission by the author, Quassan Castro.