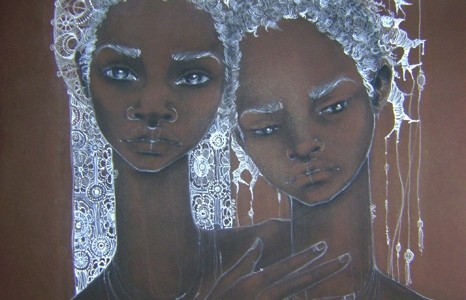 If Life Is As Short As Our Ancestors Insist It Is, Why Isn’t Everything I Want Already At My Feet & Poem – Hanif Willis-Abdurraqib

on January 16 | in Poetry | by admininfin8 | with No Comments

If Life Is As Short As Our Ancestors Insist It Is, Why Isn’t Everything I Want Already At My Feet

if I make it to heaven, I will ask for all of the small pleasures
I could have had on earth. And I’m sure this will upset

the divine order. I am a simple man. I want, mostly,
a year that will not kill me when it is over.

A hot stove and a wooden porch, bent under
the weight of my people. I was born, and it only got worse

from there. In the dead chill of a doctor’s office,
I am told what to cut back on and what to add more of.

None of this sounds like living. I sit in a running
car under a bath of orange light and eat the fried chicken

labor. Still, there is something about the way a grease
stain begins small and then tiptoes its way along

the fabric of my pants. Here, finally, a country
worth living in. One that falls thick from whatever

it is we love so much that we can’t stop letting it kill
us. If we must die, let it be inside here. If we must.

Watching A Fight At The New Haven Dog Park, First Two Dogs, And Then Their Owners

The mailman still hands me bills like I should be lucky to have my name on anything in this town & I been here 14 months & all I get is paper telling me who I owe & when I owe them & what might be taken from me if I don’t hand over the faces of dead men & I love the electric architecture of noise on the corner of Chapel & State where the old dudes who drown their afternoons in warm liquid build porches from neon glass & yell I see you boy at the Yale kids who walk by dressed in salmon colored windbreakers regardless of whether or not the wind is present or asking to be broken & I, too, dress for the hell I want & not the hell that is most likely coming & at the fence outside the dog park my own dog pulls towards home & all of my dogs pull towards home & I am a leash sometimes & I send flowers to funerals from 3 states away now & I’m saying that which forces us to bare our teeth is all a matter of perspective & inside the dog park a game of fetch has gone awry & the dog that looks like a wheat field is circling the dog that looks like a melted ice cream cone & the wheat field is all teeth & the melted cone is a trembling mess & when the stakes are most violent I suppose we all become what we resemble most & what I mean is that the men on the corner are only drunks until the cops come & then they are scholars & I am from the kind of place where no one makes a fist if they aren’t going to throw the thing & when the wheat field lunges, the melted cone knows what’s what & sidesteps the glistening teeth with impeccable precision & I can’t believe that all of this is over a stick but I imagine that to a dog, a stick is an entire country & surely I’ve thrown hands in the name of less & the dogs have owners & the owners are chest to chest & yelling at each other about which dog started the fight that is a fight in name only, the wheat field dog lunging & missing & lunging & missing & I feel guilty when I start to hope that the dog owners throw a punch at each other just so I can remember what it looks like when a fist determines its own destiny & I haven’t seen a real fight since Chris from Linden mopped up some kid from the suburbs back in ‘02 outside of the Dairy Queen after the kid had one too many jokes about Chris’ pops catching 25 years on the back of some real shit & Chris knocked that boy out so fast he ain’t even get touched & we carried Chris home with his clean face & clean hands & so I really don’t have the time for all of the theater at this dog park & I am getting too old & I want only a good dog most days & I’m saying I want a dog that will never ask me to finish something it started & I’m saying I want a dog that will never make me clean its blood out of the streets.

Hanif Willis-Abdurraqib is a poet, essayist, and cultural critic from Columbus, Ohio. His poetry has been published in Muzzle, Vinyl, PEN American, and various other journals. His essays and music criticism has been published in The FADER, Pitchfork, and The New York Times. He has been nominated for the pushcart prize, and his poem “Hestia” won the 2014 Capital University poetry prize. His first full length collection, The Crown Ain’t Worth Much, is forthcoming in 2016 from Button Poetry / Exploding Pinecone Press. He is a Callaloo Creative Writing Fellow, an interviewer at Union Station Magazine, and a poetry editor at Muzzle Magazine. He is a member of the poetry collective Echo Hotel with poet/essayist Eve Ewing. Additionally, he is a columnist at MTV News, where he writes about music, and fights to get Room Raiders back on the air. He thinks poems can change the world, but really wants to talk to you about music, sports, and sneakers.