We always feared finding something
gruesome—a severed hand, a fetus,
something it would be impossible
to forget, no matter how many tides
had come in and gone out again.

But, what we did find was gruesome
enough and grows more so as it rusts
in the closet of my sandy memories:

syringe, all tossed in with the mussel shells
and rocks along the shore of my parents’
house on the Long Island Sound,
where we sought treasure in the trash
no expedition could ever collect completely.

Or if it did, there would be a new batch
right there again the next day,
an endless supply of detritus
temporarily reimagined by children
at play on slowly sinking ground.

Now, those images, which once smelled
so strongly of dead horse shoe crabs
and salt, fill my nostrils with a kind
of nauseating doom that reminds me
of the tar that sometimes colored
our arms and legs at the end of the day.

And I wonder what else was
there that we couldn’t see—
like whatever slowly wiped out
the mussels, leaving what we used to
wish for: more sand and fewer
shelly rocks that invariably sliced
open the tender skin on our feet. 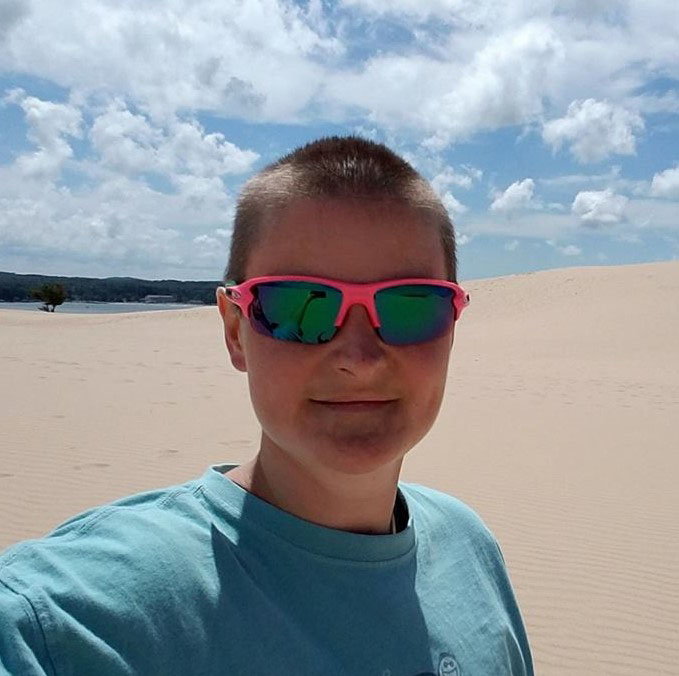 Genevieve Creedon is a poet, scholar, and nonfiction writer. She earned her MFA from the Stonecoast MFA Program at the University of Southern Maine and her PhD in Comparative Literature from the University of Michigan. Born in Montreal, she has lived in Connecticut, New York, Maine, Michigan, New Jersey, and most recently, Indiana, and enjoys exploring the worlds she encounters with canine and human companions.