on July 5 | in Poetry | by admininfin8 | with No Comments

All the waving arms belonged
to women distraught with
low-income dreams and men
with ashy knees bent
before the only God
known to worry himself
with the prayers of a little
blueberry-curled brown girl
sitting in the pews
as if a St. Catherine’s park bench
as if a John Jay park swing
as if an Orchard beach dock

shoeless feet swaying beneath her,
watching the Holy Spirit
singe her mother’s body
into a smoldering Phoenix

the piano plays for wailing
dancers with flames screaming
from their mouths,
a musical stream of tears

if this is how we speak
a language, only a God
can understand–
shift us into fire,
make us dance
until we hail.

Early this morning,
just after homemade coffee
you drove me to Playalinda beach
with your right hand on my left knee
and the other, limp wristed on the steering wheel
on our way from the bridge
between the highway and the hammock trail,
half my body soaring out the sunroof
with my arms spread wide, pelican-like,
open palms toward the blue topaz sky,
squinting at the grinning sun
the wind lashing against my breasts,
hissing across my shoulders
cheeks crumbling into tugs and tears of dimples
and the road stretched endless for our tires
a rolled out carpet of tar for our love
and the night before is but a blur
you pulling your face away
towards the edge of the bed
us bickering into each other
and we play like an ol’ Josh White tune
coating Mr. Pirtle’s antique garage
warm, static, and full of bass
like someone speaking close to you
in a summertime pitch
of piedmont blues. 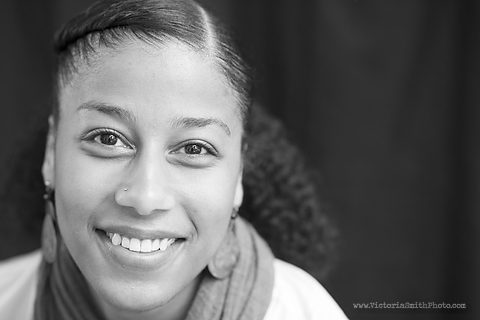 “The true definition of an artist” is how the iconic Harry Belafonte describes Aja Monet who  is a poet, performer, and educator from East NY, Brooklyn. She is best known as the youngest individual to win the legendary Nuyorican Poet’s Café Grand Slam title.  An internationally established poet, she is recognized for combining her spellbound voice and powerful imagery on stage, captivating audiences across the United States, France, the UK, Austria, Belgium, the Netherlands, Bermuda, and Cuba.

She has showcased at world-renowned venues including On Broadway at the Town Hall Theater, Apollo Theater, Paradiso in Amsterdam, and countless others. Aja Monet was invited by the UN Youth Delegates to perform for ambassadors, national politicians, diplomats, and directors of various agencies at the United Nations in New York City. As well, she was invited to perform for NAACP’s Barack Obama Inaugural event in Washington DC.

Aja Monet’s work has philosophical impact on perspective and critical thinking as she seeks to pose questions about the power of the imagination and metaphor in developing transformative visions on internal worlds and how we engage with global issues. Largely influencing the spoken word community, Aja Monet uses poetry to empower and encourage holistic healing in youth education. She works with inner-city youth as a Teaching Artist for Urban Word NYC as well as Urban Arts Partnership in NYC where she encourages her students to delve into creative outlets to harness meaning in the world and to transform it by transforming selves. She was invited by Cook County Commissioners of Illinois to perform for elected officials and visited numerous youth institutions, developing voices as an alternative to violence using poetry as a transformative force.

Influenced by all areas of the Arts, Aja Monet has worked closely with visual artists as well and was invited by contemporary artist Hank Willis Thomas and scholar Deborah Willis to speak at Musee du Quai Branly for NYU’s Black Portraitures Conference in Paris, France where she addressed international scholars, artists, and performers on the role of the poet in contemporary society.

A graduate of Sarah Lawrence College (2009), Aja Monet received her BA in Liberal Arts and was awarded the The Andrea Klein Willison Prize for Poetry which was established to recognize undergraduate students whose work in poetry “effectively examines relationships among women, especially in the context of justice for everyone.” She then went on to receive an MFA in Creative Writing from the School of the Art Institute of Chicago (2011). Her Graduate thesis was also her first compilation of music and poetry. Entitled Scared to Make Love/Scared Not To, it is a testament to her creative lens and a social commentary on the discussion of love.

Aja Monet independently published her first book of poetry, The Black Unicorn Sings (2010). In 2012, she collaborated with poet/musician Saul Williams on a book entitled, Chorus: A Literary Mixtape (MTV Books/Simon & Schuster). She is currently working on new music and a ebook of poems to be released online June 1st, 2014 entitled, “Inner-City Chants & Cyborg Cyphers.”

« your adolescent dress, cut off just above the knees – Gerburg Garmann MENSTRUAL FLOWERS – The Art of Akino Kondoh »